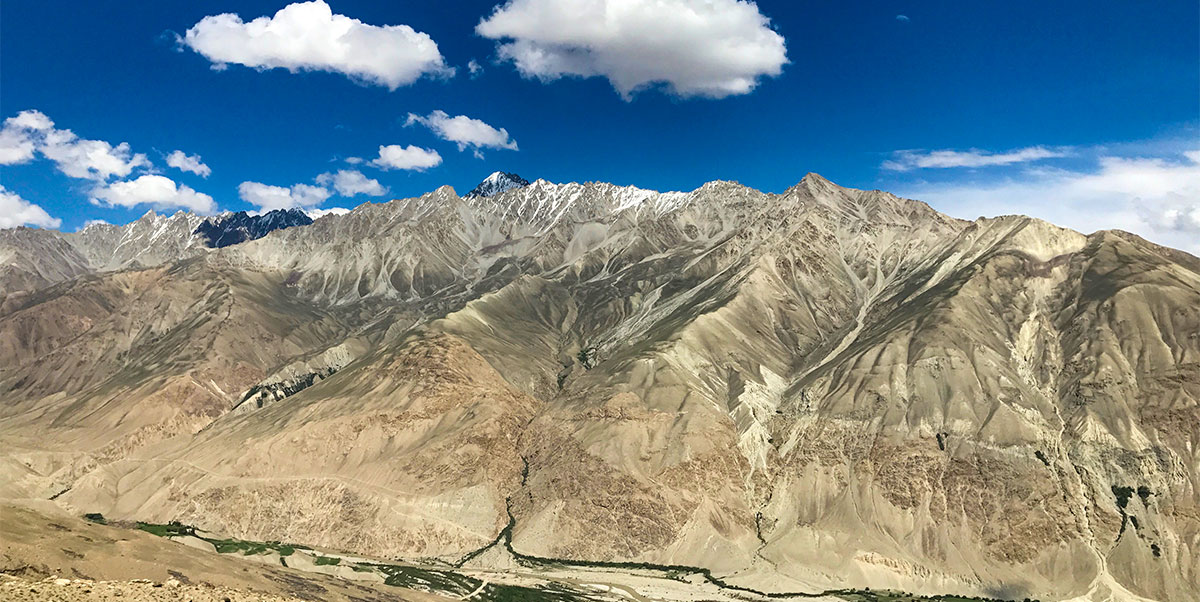 Tajikistan – Making your trip at the heart of one of the most beautiful mountainous countries in the world an unforgettable memory. The Pamir - roof of the world, with turquoise lakes, hot springs, mosques, its national park ... There’s too much to see in a single trip. Give it a try and you will come back. You will never be disappointed!

Are you looking for a genuine escape? to feel the most powerful vibrations of the Earth from the heart of its mountains, to mingle with nature as you have never experienced before? Then, you have to go to Tajikistan, a country you should see at least once in your lifetime! The smallest country in central Asia is also the most preserved from human footprint and one of the most exciting destinations.

The Tajik side of the Wakhan Valley is a hidden paradise. Legend has that Marco Polo was overwhelmed by its beauty when he came across the region. It is dotted with fortresses, Ismaili shrines and guesthouses run by friendly Tajik families.

A hike on the Pamir plateau is an opportunity to admire its peaks and glaciers. All three summits reach an impressive altitude over 7000 meters; walking along its turquoise water lakes is an enchantment, and you can catch sight of its deserts and fertile plains in the distance. Tajikistan’s National Park is almost uninhabited although one of the most preserved in the world. It covers around 2.5 million ha and is a UNESCO World Heritage Site.

By the shores of lakes Bulunkul, Yashilkul, Karakul, Nourek and its dam, remains of the Nikolayevsky and Bash Gumbez ancient caravanserais will take you back into the Silk Road times.

Langar village is a gem at the end of the Wakhan Valley, with its 6000 petroglyphs carved on its steep rocks. Garm-e-Ghasma, Bibi Fatima and Jelandy hot springs will provide you with other unforgettable memories.

The Fan Mountains, located in the north-west of Dushanbe are trekking enthusiasts absolute destination. Marguzor Valley is gifted with seven lakes offering wonderful one day-long hikes. And the city of Pendjikent, nicknamed “Central Asia’s Pompeii”, is an ancient Sogdian city dating back to the 5th century and is worth a visit.

Taking a short break from immersion into nature to spend a few days in Dushanbe (which means “Monday” in Tajik), the capital city of the country since the arrival of the railway in 1929, is a good variant.

Among the places of interest are ruins from the 5th century B.C, the statue of the Samanid dynasty’s founder, Ismail Samani (874-999), which is still the most imposing monument of Dushanbe, the statue of the great Persian poet Rudaki, and the Haji Yacoub mosque. The central garden, the botanical gardens, Victory Park and the green bazaar are very pleasant walks to take around the city.

History fans will enjoy the new Museum of Antiquities and Ethnography, the Gurminj Museum which displays a collection of ancient musical instruments gathered from all over central Asia, and the Writers Union building’s decorated facade with statues of great Persian writers.

Further to the north, Istaravchan contrasts with its old town, one of the oldest in central Asia and one of the most unspoiled in Tajikistan. It hosts the mausoleum of Hazrati Shokh, the blue mosque-medersa of Kok Gumbaz (15th century) as well as the remains of Mugtepa (2-7th century). Khodjent, the country’s second city, was founded by Alexander the Great in the IVth century B.C and its 10th century citadel is still greatly preserved. Its municipal museum, the Panchshanbe bazaar and the Cheikk Massal ad-Din complex are worth a visit.

Last but not least is Gissar, with its majestic 2000 year old fortress, its 15th century medersa and its old caravanserai.

Your next wish will be to come back to Tajikistan!